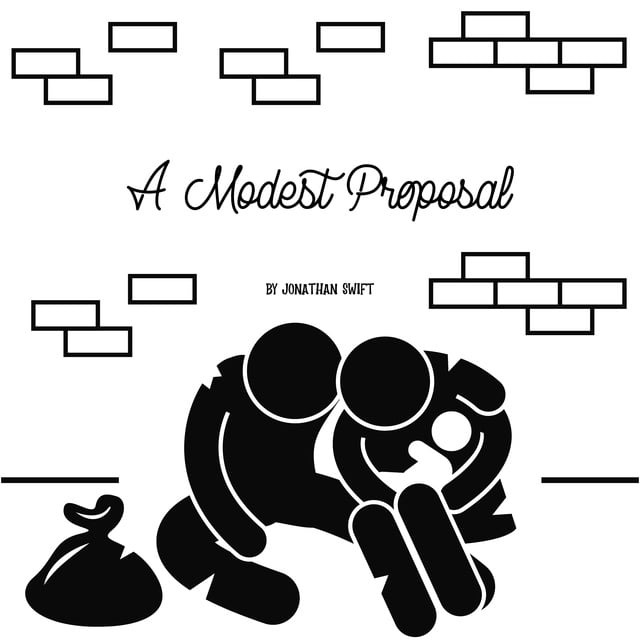 A Modest Proposal is a Juvenalian satirical essay written and published anonymously by Jonathan Swift. Swift suggests that the impoverished Irish might ease their economic troubles by selling their children as food for rich gentlemen and ladies. This satirical hyperbole mocked heartless attitudes towards the poor, as well as British policy toward the Irish in general.

In English writing, the phrase "a modest proposal" is now conventionally an allusion to this style of straight-faced satire. Swift goes to great lengths to support his argument, including a list of possible preparation styles for the children, and calculations showing the financial benefits of his suggestion. He uses methods of argument throughout his essay which lampoon the then-influential William Petty and the social engineering popular among followers of Francis Bacon. These lampoons include appealing to the authority of "a very knowing American of my acquaintance in London" and "the famous Psalmanazar, a native of the island Formosa" (who had already confessed to not being from Formosa in 1706).

This essay is widely held to be one of the greatest examples of sustained irony in the history of the English language. Much of its shock value derives from the fact that the first portion of the essay describes the plight of starving beggars in Ireland, so that the reader is unprepared for the surprise of Swift's solution when he states, "A young healthy child well nursed, is, at a year old, a most delicious nourishing and wholesome food, whether stewed, roasted, baked, or boiled; and I make no doubt that it will equally serve in a fricassee, or a ragout." 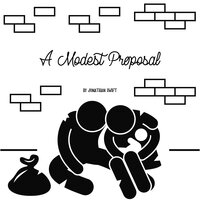