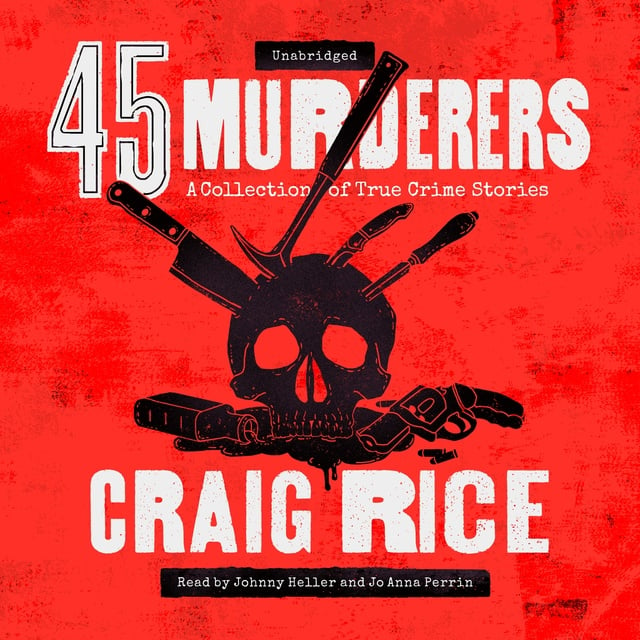 From Hollywood’s Black Dahlia to the Arkansas Bluebeard: an anthology of true-crime profiles by “the grand dame of mystery” (Ed Gorman)

Whether venturing into a blood-spattered farm in Texas, down a lonely mountain road in Alabama, or into the deceptively sunny Ohio suburbs, acclaimed mystery writer Craig Rice lends her hard-boiled style and a wicked irony to this gallery of real-life murders. Among them …

A saintly middle-aged widow bludgeoned to death in her New Jersey home; the headless torsos of two women found floating in the Lake of the Ozarks; a New Year’s fire in Pennsylvania set to cover the traces of a more ghastly crime; a traveling evangelist on a divine mission blown to bits in Berkley; an aspiring starlet tortured, bisected, and dumped in a vacant LA lot; and a New York couple poisoned to death by the mysterious “Veiled Murderess, ” a convicted killer who never revealed her motives—or her true identity.

Culled from Rice’s work as a crime reporter, “the stories in 45 Murderers have withstood time” as a century-spanning, cross-country tour of the sinister underbelly of the American Dream (Jeffrey Marks, author of Who Was That Lady?). 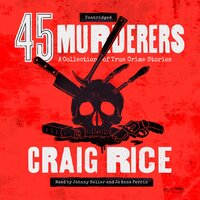