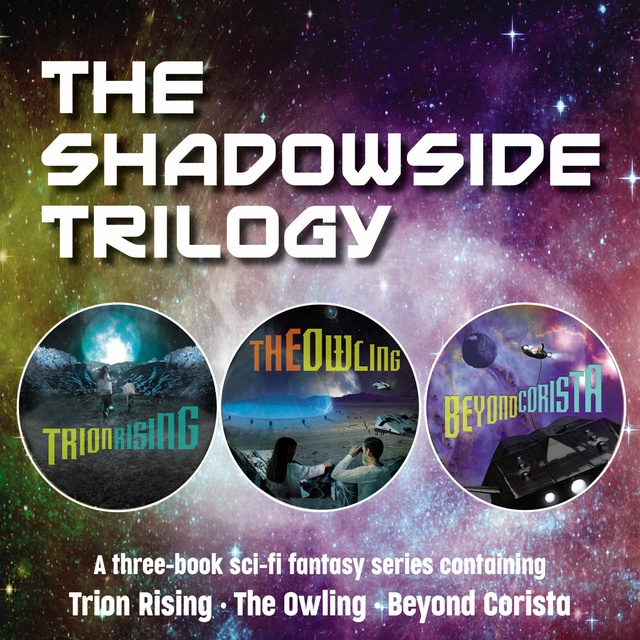 In this three-book YA sci-fi fantasy series audio bindup, Oriannon—a young girl with the ability to record her memories—is tasked with spying on a teacher named Jesmet, whose lessons challenge her society’s order. As Oriannon struggles to sort through what she sees and hears, the government’s efforts to destroy Jesmet and his cause increases, and she must decide if following what her heart knows is true is worth losing everything she’s ever known.

The Shadowside Trilogy is:
- the complete three-book series from Robert Elmer
- a creative reimagining of the four gospels
- ideal for teen readers 13 and up, adult readers of young adult fiction, and fans of allegorical books
- perfect for birthday or holiday gift-giving

Included books
Trion Rising: Oriannon has a privledged life on the bright side of Corista, a small planet circling three suns. But when Jesmet arrives at her school with strange songs and even stranger ideas, Oriannon is pressured to spy by using her ability to record everything she sees and hears. Could Jesmet really be a faithbreaker? When her new friends face a deadly threat, Oriannon is forced to make a difficult decision.

The Owling: When Jesmet is banished, the first Believers’ new faith is tested as the bright side of the planet is plunged into perpetual darkness. Are the Shadowside’s Owling people to blame? With all of Corista in chaos, Oriannon holds to Jesmet’s promise of the Wind, which supposedly will tell her what to do. Especially as Sola, Corista’s head of security, is recruiting Oriannon to help carry out a plan for peace.

Beyond Corista: Oriannon and her friends hurtle through space on a dangerous mission to deliver the warning she received from Jesmet—the Troikans are coming to destroy Corista. At each location, Oriannon is met with the same disbelief: no one has seen a Troikan in years. Soon, even Oriannon begins to wonder if the threat is real, and if her visions from Jesmet are only hallucinations 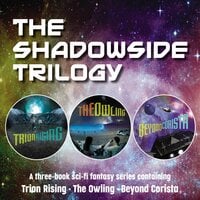