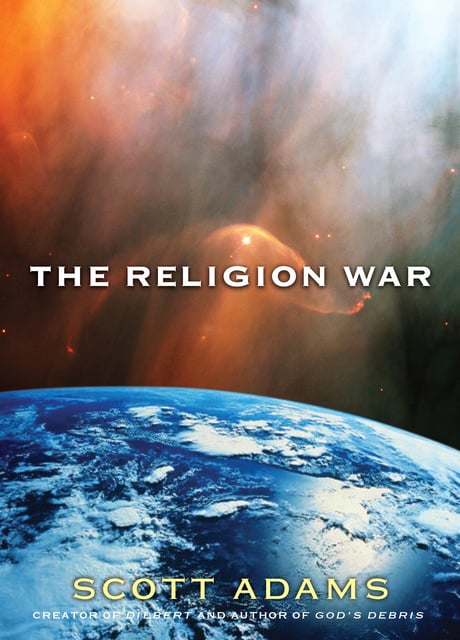 “A thought-provoking philosophical text about delusions, war, computers, and the nature of man and God” from the Dilbert creator and author of God’s Debris (Gifted Education International).

This frenetically paced sequel to Adams’s bestselling “thought experiment,” God’s Debris, raises questions about the nature of reality and just where our delusions are taking us.

With publication of The Religion War, millions of long-time fans of Scott Adams’s Dilbert cartoons and business bestsellers will have to admit that the literary world is a better place with Adams on the loose spreading new ideas and philosophical conundrums.

Unlike God’s Debris, which was principally a dialogue between its two main characters, The Religion War is set several decades in the future when the smartest man in the world steps between international leaders to prevent a catastrophic confrontation between Christianity and Islam. The parallels between where we are today and where we could be in the near future are clear.

According to Adams, The Religion War targets “bright readers with short attention spans—everyone from lazy students to busy book clubs.” But while the book may be a three-hour read, it’s packed with concepts that will be discussed long after, including a list of “Questions to Ponder in the Shower” that reinforce the story’s purpose of highlighting the most important—yet most ignored—questions in the world.