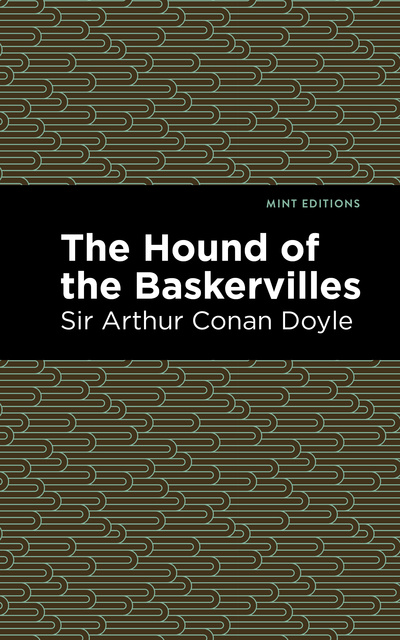 “Every writer owes something to Holmes.” -T.S. Eliot

With its blend of gothic and detective genres, The Hound of the Baskervilles (1902), sets forth the mysterious investigation taken on by Detective Sherlock Holmes and his stalwart partner Watson in the disquieting moors of Dartmoor. On the grounds of an English country manor, Baskerville Hall, a prominent baronet’s death is feared more than an alleged heart attack; huge footprints near the body allude that the family curse of a monstrous hound could be the culprit.

When a country physician, Dr. Mortimer, visits Detective Holmes and Watson in London he reveals that the heir of the Baskerville lineage, Sir Henry Baskerville, is at mortal risk amid a mysterious and possibly supernatural danger. Mortimer’s friend Sir Charles Baskerville, the elder brother of Henry, had recently died on the grounds of the manor. The discovery of the huge footprints of a large creature near the body raised the question whether he was slain by a phantom beast that stalked the moors surrounding Baskerville Hall. The Baskerville clan had been haunted by a terrifying ghostly hound for generations, and Charles had become fearsome of the legendary curse. As Henry had received a letter urging him to stay away from the manor,

Holmes is skeptical of the theory of the abomination and is unflinching in uncovering the truth.

The Hound of the Baskervilles was the first novel to feature Sherlock Holmes since his alleged death in the short story “the final problem”, published in The Strand Magazine in 1893. Sherlock Holmes fans were ecstatic at his ‘resurrection’ with this novel, which continues to captive readers to this day.

With an eye-catching new cover, and professionally typeset manuscript, this edition of The Hound of the Baskervilles is both modern and readable.