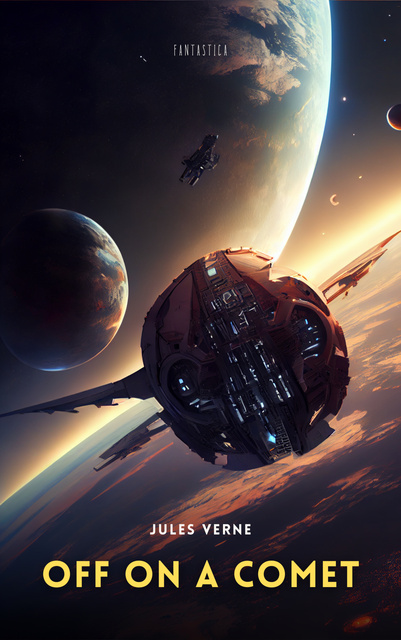 Off on a Comet

Off on a Comet

A comet called Gallia touches the Earth in its flight and collects a few small chunks of it. On the territory that was carried away by the comet there remained a total of thirty-six people of French, English, Spanish and Russian nationality. These people did not realize at first what had happened, and considered the collision an earthquake.