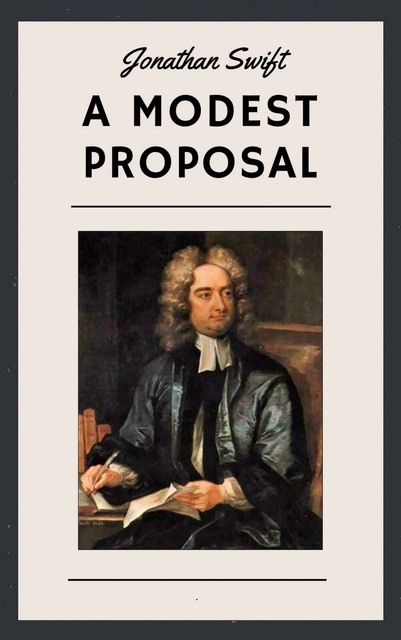 "It is a melancholy object to those, who walk through this great town, or travel in the country, when they see the streets, the roads and cabbin-doors crowded with beggars of the female sex, followed by three, four, or six children, all in rags, and importuning every passenger for an alms. These mothers instead of being able to work for their honest livelihood, are forced to employ all their time in stroling to beg sustenance for their helpless infants who, as they grow up, either turn thieves for want of work, or leave their dear native country, to fight for the Pretender in Spain, or sell themselves to the Barbadoes. I think it is agreed by all parties, that this prodigious number of children in the arms, or on the backs, or at the heels of their mothers, and frequently of their fathers, is in the present deplorable state of the kingdom, a very great additional grievance; and therefore whoever could find out a fair, cheap and easy method of making these children sound and useful members of the common-wealth, would deserve so well of the publick, as to have his statue set up for a preserver of the nation."