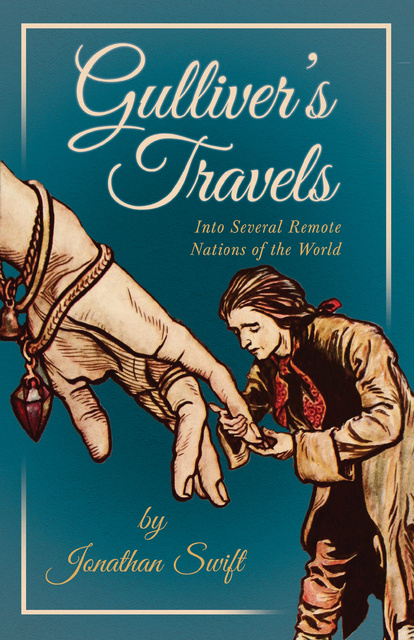 Gulliver’s Travels Into Several Remote Nations of the World

Gulliver’s Travels Into Several Remote Nations of the World

First published in 1726, “Gulliver's Travels - Into Several Remote Nations of the World” is a prose satire by Jonathan Swift that satirises human nature and the "travellers' tales" genre of literature popular at the time. Swift's best known work, it was incredibly successful when first published and remains a much-loved classic of English literature. Jonathan Swift (1667–1745) was an Anglo-Irish essayist, satirist, poet, political pamphleteer, and Anglican cleric. One of the most prominent prose satirists in the English language, he was a master of both Horatian and Juvenalian satire whose ironic writing style led to similar works being referred to as “Swiftian”. Contents include: “A Voyage to Lilliput”, “A Voyage to Brobdingnag”, “A Voyage to Laputa, Balnibarbi, Glubbdubdrib, Luggnagg and Japan”, and “A Voyage to the Country of the Houyhnhnms”. Other notable works by this author include: “A Tale of a Tub” (1704), “An Argument Against Abolishing Christianity” (1712), and “A Modest Proposal” (1729). Read & Co. Classics is republishing this novel now in a new edition complete with an introductory chapter by George Edward Woodberry.