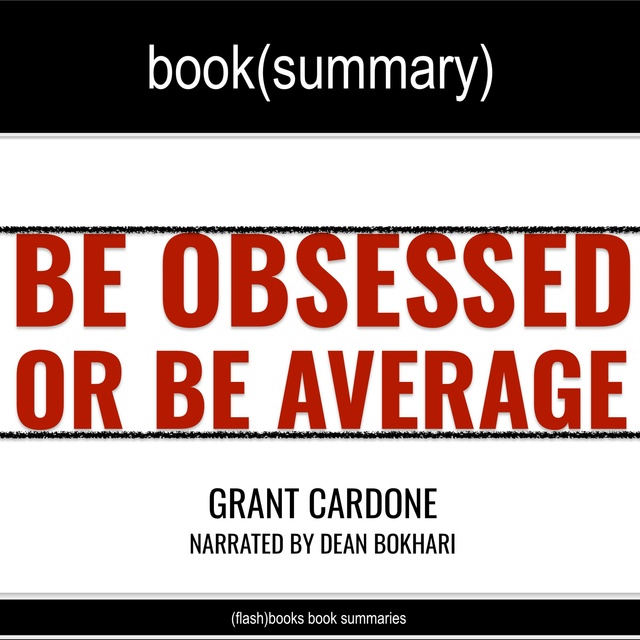 Be Obsessed or Be Average by Grant Cardone - Book Summary

Be Obsessed or Be Average by Grant Cardone - Book Summary

Book Summary of "Be Obsessed or Be Average" by Grant Cardone

About | Be Obsessed or Be Average by Grant Cardone
From the millionaire entrepreneur and New York Times best-selling author of The 10X Rule comes a bold and contrarian wake-up call for anyone truly ready for success. Before Grant Cardone built five successful companies (and counting), became a multimillionaire, and wrote books, he was broke, jobless, and drug-addicted. Grant grew up with big dreams, but friends and family told him to be more reasonable and less demanding. If he played by the rules, they said, he could enjoy everyone else's version of middle class success. But when he tried it their way, he hit rock bottom. Then he tried the opposite approach... He said No to the haters and said Yes to his burning, outrageous, animal obsession. He reclaimed his obsession with wanting to be a business rock star, a super salesman, a huge philanthropist. He wanted to live in a mansion and own an airplane... Obsession made all of his wildest dreams come true. And it can help you achieve massive success too. As Grant says, we're in the middle of an epidemic of average. The conventional wisdom is to seek balance and take it easy. But that has really just given us an excuse to be unexceptional. If you want real success, you have to know how to harness your obsession to rocket to the top. This book will give you the inspiration and tools to break out of your cocoon of mediocrity and achieve your craziest dreams.

Here's what you'll learn about in this audiobook summary of Be Obsessed or Be Average by Grant Cardone:

– Set crazy goals - and reach them, every single day

– Feed the beast: when you value money and spend it on the right things, you get more of it

– Shut down the doubters - and use your haters as fuel

– And much, much more 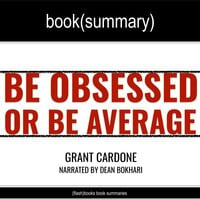