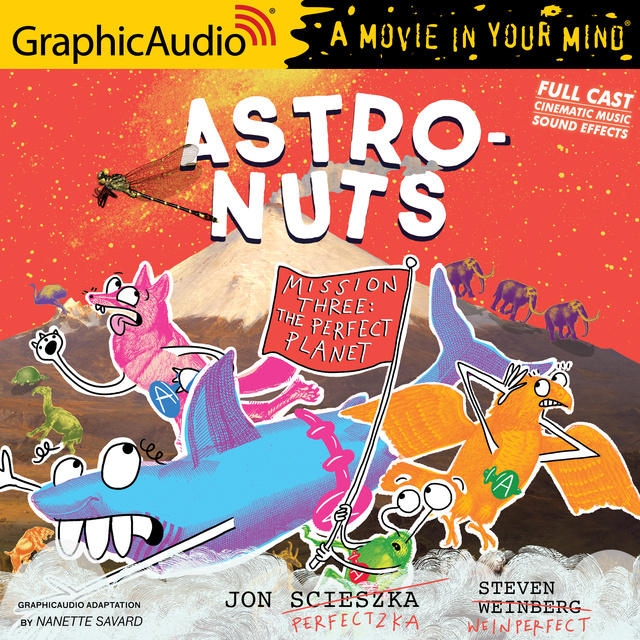 "This hilarious audiobook is the conclusion to a major series by children's literature legend Jon Scieszka. We follow their final mission, where AstroWolf, LaserShark, SmartHawk, and StinkBug must find a planet fit for human life after we've finally made Earth unlivable. Time is up for our friends the AstroNuts. In fact, time is up for you, too. If they don't succeed on this mission, Earth is doomed! So when the team finds out they're being sent to a place called ""the perfect planet,"" their mission sounds way too easy. Unfortunately, the second they land, they realize they'll be dealing with the most dangerous species of all time... humans. Huh? Where in the universe is this supposedly perfect place? And how will the Nuts manage to convince the humans to risk death... for the sake of their lives?! Eager and reluctant readers alike will be over the moon about this new mission! Performed by Nanette Savard, Danny Gavigan, Dawn Ursula, Tia Shearer, Chris Stinson, Terence Aselford, Richard Rohan, Rob McFadyen, Holly Adams, Robb Moreira, Ken Jackson, Alejandro Ruiz, Yasmin Tuazon, Bradley Foster Smith and Nora Achrati." 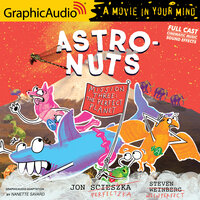