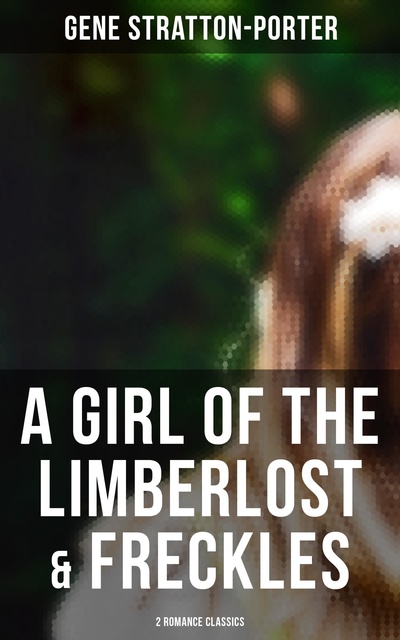 A Girl of the Limberlost & Freckles (2 Romance Classics)

A Girl of the Limberlost & Freckles (2 Romance Classics)

A Girl of the Limberlost & Freckles are set in the Limberlost Swamp area of Indiana and describe this impressive wetland region, greatly reduced by heavy logging, natural oil extraction and drainage for agriculture.

"Freckles" is an adult orphan, with bright red hair and a freckled complexion. His right hand is missing at the wrist, and has been since before he can remember. Exhausted after days of walking and looking like a hobo, he applies for a job with a lumber company in the Limberlost Swamp. Freckles gets hired by owner McLean to be on the watch for those who steal the timber. McLean's chief worry is Black Jack Carter, who has sworn to smuggle several priceless trees out of the swamp. When a recently fired lumberman named Wessner tries to bribe Freckles so the Black Jack's gang of thieves steal a prime tree next to the trail, Freckles gets into a fist fight with him and, although severely pummeled, chases him off. The next afternoon, while Freckles is recovering from beating, a lovely girl appears looking for him. Freckles falls in love with her while she helps him recover. She becomes his guardian angel as the Black Jack's gang seeks revenge.

"A Girl of the Limberlost" – Elnora Comstock, is an impoverished young woman who lives with her widowed mother, Katharine, on the edge of the Limberlost. Elnora faces cold neglect by her mother, a woman who feels ruined by the death of her husband, Robert Comstock, who drowned in quicksand in the swamp. The Comstocks make money by selling eggs and other farm products, but Mrs. Comstock refuses to cut down a single tree in the forest, or to delve for oil. Elnora is beginning high school and she is determined to earn an education. She has a valuable specimens box which her friend Freckles left for her, and a desire to succeed in her enterprising scheme to gather and sell artifacts and moths from the Limberlost. Elnora is smart and witty; her heart aches for returned love and for support of her disapproving mother.