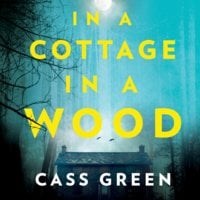 In a Cottage In a Wood

THE SUNDAY TIMES BESTSELLING AUTHOR IS BACK!


Her dream home will become her worst nightmare…


A strange encounter
Neve comes across a troubled woman called Isabelle on Waterloo Bridge late one night. Isabelle forces a parcel into Neve’s hands and jumps to her death in the icy Thames below.

An unexpected gift
Two weeks later, as Neve’s wreck of a life in London collapses, an unexpected lifeline falls into her lap – a charming cottage in Cornwall left to her by Isabelle, the woman on the bridge. The solution to all her problems.

A twisted secret
But when Neve arrives, alone in the dark woods late one night, she finds a sinister-looking bungalow with bars across its windows. And her dream home quickly becomes her worst nightmare – a house hiding a twisted secret that will change her life forever…

YOU CAN BUY SLEEP TIGHT, THE NEW THRILLER FROM C.S. GREEN NOW!